Written by Eli V
Updated over a week ago

⚠️Custom Roles are available in Business and Enterprise subscriptions

Roles are an important tool that allows you to define what your teammates can and cannot do in your Qase account. When defining a role, you can specify restrictions down to a very granular level, ensuring that those who need more control have it. In contrast, anybody who should have a limited scope and visibility is properly restricted.

By default, your Qase account comes pre-configured with three Roles already set up:

NB: Type of license is always stronger than the role. You can have an administrator role but be a read-only user: you will be read-only first, it will be a stronger setting. Same for the Billing user.

You are not limited to the pre-configured User Roles. To create a new User Role, go to "Roles" in Workspace Management, and click "Create a new role":

In the creation menu, fill in the Role Settings: 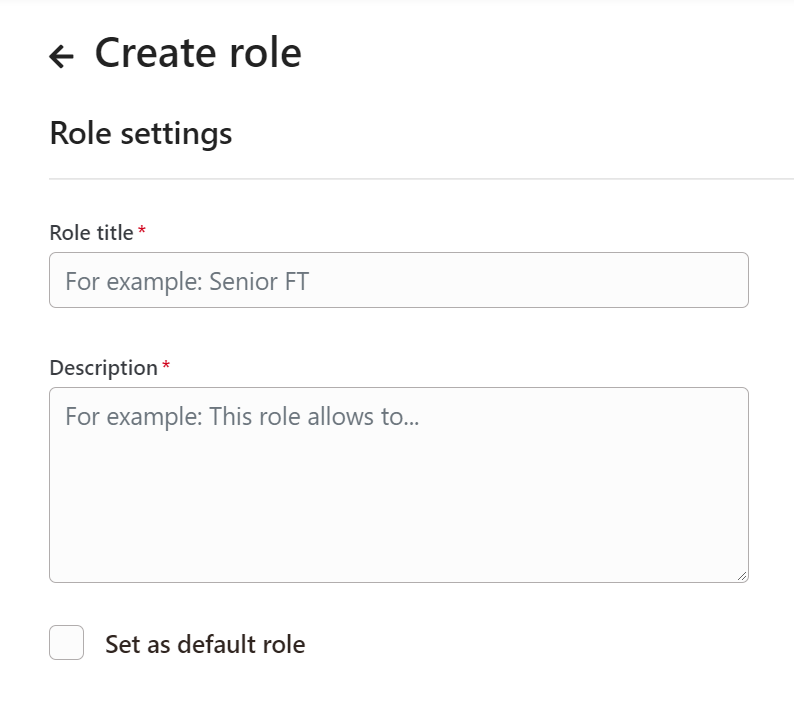 The next block is dedicated to the Role access rights - this is where you will define which entities and which kinds of actions will be available to users granted with a User Role. Each entity can be fully restricted or fully allowed, as well as each action with an entity can be made available or unavailable.

Did this answer your question?